The OneSimCard eSIM is an electronic, embedded SIM card that offers our super-affordable international data roaming services at 4G/LTE speed without having our physical SIM in the phone. OneSimCard eSIM is delivered instantly online, so there is no need to ship the physical SIM, saving you both time, and the cost of shipping.

eSIM allows a compatible phone to essentially become a dual SIM phone working with two sim cards from different providers simultaneously. Devices supporting eSIM and a physical SIM-card, e.g. iPhone XS/XR/XS Max, allow simultaneous operation of the physical SIM card and the embedded SIM – eSIM. From the settings menu of your eSIM enabled phone, you can easily select which SIM card to use at any time, or use one SIM provider for voice and sms and another for mobile data. You are in complete control.

An active internet connection (e.g. WiFi or Cellular data connection) is required on the phone while you create a new eSIM account on your phone. To install the eSIM, simply scan the QR code from your online account and follow a few simple steps to finalize the installation.

As of June 17 2020, the following Android, iOS and Windows 10 devices are supported:

*Pixel 3a can't use eSIM if the phone was purchased in Japan, or if bought with Verizon or Charter service.

Learn more about how eSIM operates at the official Apple site: https://support.apple.com/en-us/HT209044 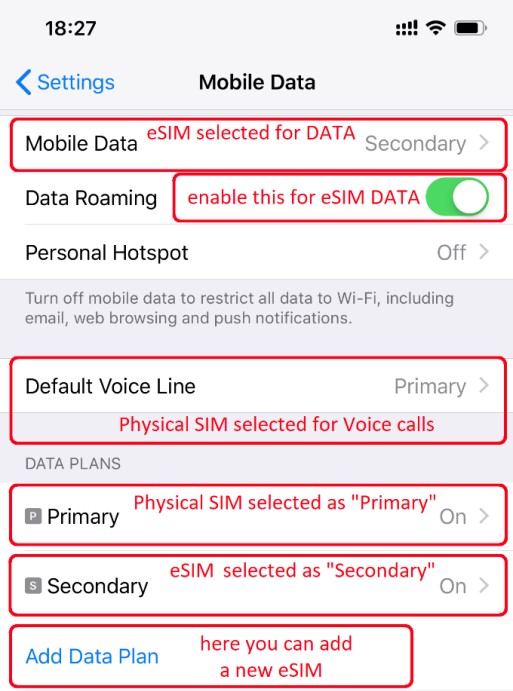 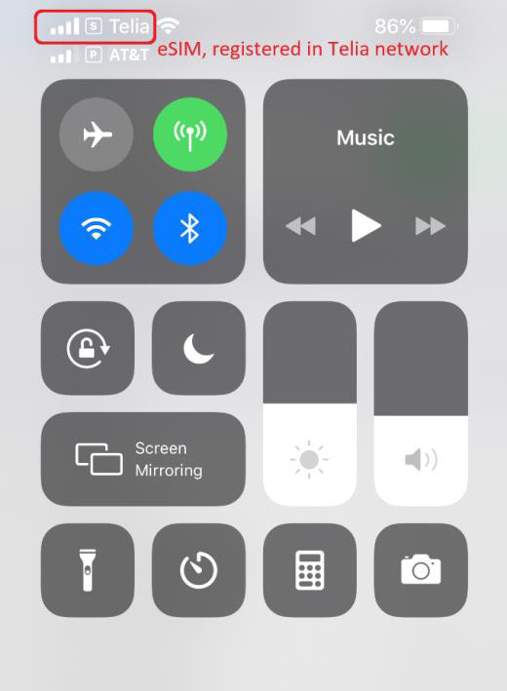 One eSIM profile (ICCID) may be downloaded to a single device only (linking to the device IMEI). Should an eSIM profile be removed from one device, it will not be possible to download the same eSIM profile to any other device in the future.

Once downloaded: The eSIM profile can be removed from your device and then re-downloaded to that same device up to 10 times.